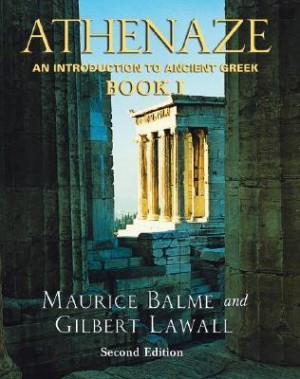 The aim of Athenaze is to teach you to read ancient Greek as quickly, thoroughly, and enjoyably as possible, and to do so within the context of ancient Greek culture. This means within the context of the daily life of the ancient Greeks as it was shaped and given meaning by historical developments, political events, and the life of the mind as revealed in mythology, religion, philosophy, literature, and art. The stories that you will read in Greek provide the basic cultural context within which you will learn the Greek language, and most of the chapters contain essays in English with illustrations drawn from ancient works of art and with background information to deepen your understanding of some aspects of the history and culture of the Greeks.

In this post the english/ancient greek version 2003 from Oxford, and the Italian/Ancient Greek version from Accademia Vivarium Novum 2008. Both books I and II.