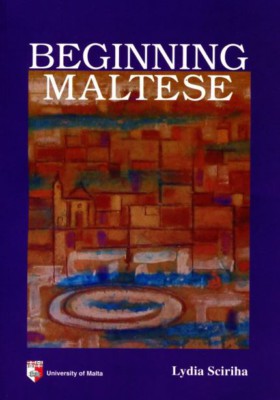 Language is undeniably one of the most powerful indicators of a person’s identity and origins. Even though the population of the small island of Malta stands at a mere 400,000, the Maltese people are proud to speak Maltese, the indigenous language of Malta. Though Maltese had
been spoken by the natives of Malta for centuries, for a long time it was considered to be ‘the language of the kitchen’ by the educated Maltese who mainly spoke Italian or English.
Mikiel Anton Vassalli was the first Maltese scholar who openly declared the importance of the Maltese language as a crucial vehicle in the pursuit of the islanders’ nationalism. In 1796, he recognized the fact that Malta was in need of a ‘lingua nazionale’ that could not be Italian, the language that was then spoken and written by educated Maltese, but the indigenous language Maltese, then spoken by the majority of the islanders. Vassalli regarded these native speakers of the island’s indigenous language as ‘veri nazionali’ (true nationals) even though according to him, the Maltese language was a hybrid language with several loanwords from other languages. Vassalli ‘s avant-garde attitude towards Maltese many years later, was praised by Dun Karm Psaila, Malta’s national poet who wrote the poem ‘Lil Mikiel Anton Vassalli ‘ (to Mikiel Anton Vassalli) , and subsequently dubbed Vassalli ‘Missier I-ilsien Malti’ (the father of the Maltese language). Thus, Vassalli gave birth to a Maltese national conscience and many years later, Maltese acted as the surrogate for national identity and the fight for self-determination.